“If we look strictly at the acquisition cost per user, Facebook got a relative deal with the Instagram purchase, paying roughly $28 for each of Instagram’s 35 million users. (The median cost across all the acquisitions is about $92 per user.)”

But if you look at the payout per employee, Instagram is completely off the charts. If split equally, each of Instagram’s 13 employees would make nearly $77 million (though Wired’s Mike Isaac reported exclusively that CEO Kevin Systrom and co-founder Mike Krieger would take home $500 million themselves alone).

The author tries to prove that this is no bubble by stacking it together with other bubble purchases and using random custom-made ratios and indicators that involve absolutely no revenue or profit measures.

One of the best parts of the article for me is a small comment by Paul Arnold:

“The financial measures you mention do not work well for a pre-revenue company like Instagram. Neither does looking outside the tech world where you don’t have comparable companies that can scale like this.”

It fully reveals why another bubble is growing in Sillicon Valley if this kind of reasoning is accepted and considered valid. (( please note that i have no idea about who the commenter is or if he has any relationship with the Valley.))

The good parts of this deal are that a) Instagram founders and stock-holders just made a boatload of money, money that they would probably never make and b) Facebook just got a billion dollars poorer; and anything that accelerates the end of Facebook just makes me smile a bit more.

I can’t simply wonder in my mind that most, if not every time, these large IT companies start to make these absurd value acquisitions they are always very close to their decline.

Stardock expects to make some announcements later this year in this area.

Stardock remains concerned about the direction of Windows 8. Since we are not currently a crossplatform development shop, our success relies heavily on the success of Windows.

It is our projection that if Microsoft does not address the following items in Windows 8, then that version of the OS will be considered a general failure:

The times, they are changing…

“Not one piece of good news. Except Balsillie is out, I guess.”

I’m not sure if the Apple Board / Tim Cook would actually go for this maquiavelic strategy, it really doesn’t seem their thing. Apple has, since 1997, pretty much did their thing and let the rest of the world follow their own path. In fact, it seems something more out of Bill Gates book of strategy.

But if true, it will work. Boy, how it will work… And pretty much nobody will withstand it. It will drive the prices of competing laptops right into the Mac(s) price range. And if that happens around the time of Windows 8 spectacular launch and an even spectacular crash, Apple’s share of the PC market will sky rocket, and a giant turmoil will follow in the “PC world”.

As a secondary outcome, it’s a step further for the factories coming back to the western world. Or moving to other less developed countries, spreading richness and well-fare around, improving life conditions and reducing the wind behind China’s sails.

“When Jobs returned to Apple in 1997, it was producing a random array of computers and peripherals, including a dozen different versions of the Macintosh. After a few weeks of product review sessions, he’d finally had enough. “Stop!” he shouted. “This is crazy.” He grabbed a Magic Marker, padded in his bare feet to a whiteboard, and drew a two-by-two grid. “Here’s what we need,” he declared. Atop the two columns, he wrote “Consumer” and “Pro.” He labeled the two rows “Desktop” and “Portable.” Their job, he told his team members, was to focus on four great products, one for each quadrant. All other products should be canceled. There was a stunned silence. “

Focus is one of the most underrated things in modern world/business.

“Why did you turn the movie off, Daddy?”, Beatrix worriedly asks, as if she has done something wrong and is being punished by having her entertainment interrupted. She thinks that’s what I was doing by rushing for the remote.

“I didn’t turn it off, honey. This is just a commercial. I was turning the volume down because it was so loud. Shreck will come back on in a few minutes” I say.

“Did it break?”, she asks. It does sometimes happen at home that Flash or Silverlight implode, interrupt her show, and I have to fix it.

”It is like little shows where they tell you about other shows and toys and snacks.”, I explain.

“This is boring! I want to watch Shreck.”

Actually she is absolutely right. TV (or the idiot box as it is colloquially known) is dying, senile and on it’s way out. And not a moment too soon.

The interesting part is why it is dying, it’s why i have flashblock and adblock extensions on my browser: Adverting and Marketing lack of self-moderation, respect and the search for a quick buck on the short term. Instead of a single ad that i would actually pay attention to, they put 20. And if no one clicks then they need to be more colourful or more noisier or animated. And you end up with this.

There is a perennial lack of moderation on our times. Moderation, Respect, Restraint. All of what is needed to truly build a self-sustainable environment; and by environment i mean the whole encompassing “sphere” of our “activity”, and this includes the human life, human society, the web, the advertising business, the TV.

We somehow behave as stupid as the virus that infects and kills everyone as soon as it can. And obviously runs out of hosts in a remote village in Africa wiping itself in the process. Fill the websites with so much ads that everyone installs an adblocker. Extend commercial breaks to 20 minutes or make one in every 10 minutes and nobody will watch TV anymore. Consume junk products in massive quantities until there is no more space to store them or stuff that works or anything that is not made in China for absolut bottom-prices.

We really need a philosophical change regarding our future. One that exalts some sort of moderation and reflection before “action”. One that simply includes respect for the “Other”, for if nothing else so that we can continue to maintain a relationship. One that includes a more restrained satisfying life instead of this voracious consumption of nothing. 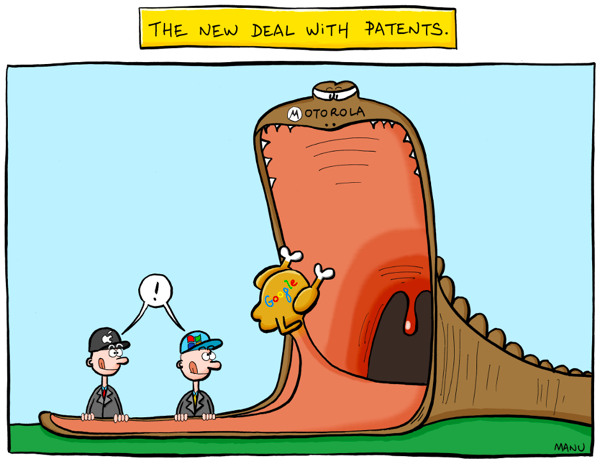 From the great Bonkers Wold