“The beauty of the MagSafe connector was that Apple had found precisely the right balance between attachment and detachment. Strong enough to hold the connector in place, weak enough to detach if it gets yanked.

“After the announcement was made that Ten’s Complement’s Don Brady is joining GreenBytes, we were overwhelmed with the volume of requests for clarity on the future of ZEVO. We wanted to take a few days to nail down the specifics, but we are happy to announce that beginning on September 15, 2012, GreenBytes will offer the ZEVO Community Edition as a freely downloadable binary!

As we approach the September 15th launch date, we will reveal more details about the functionality in the ZEVO Community Edition — and you should expect enhancements from the prior commercial version!”

Great! Waiting patiently for September then.

For those of you that don’t know what ZEVO is, ZEVO is the Mac port of the ZFS File System, a highly advanced filesystem which focuses on Data integrity and “magical” features as single-disk data redundancy (( which means that by reducing the “size” of a disk in half or thirds or more, you get several copies of the same file magically linked so that no error will make your data unreadable )) , multiple disks spanning logical volumes (( just add an additional disk and the “volume” grows in size without you worrying where stuff is placed )) and a gigantic maximum possible size. ((Zetabytes. Look it up )) Mac OS X was supposed to get this in Leopard and Snow Leopard but for some reason, we were left with HFS+ only, which has the same problems that any decades old file system has.

I have looked at ZEVO several times before, considering wether to purchase the cheapest paid product (which was meant for a single external USB disk) but if it is coming in September with full features and free, i couldn’t be happier.

As Apple releases a new iteration of Mac OS X, it’s interesting to see the origins of such powerful system, and realize that what we’re currently using (we as in we Mac users) is in fact NeXTStep OS. Also, we could probably use a NeXT computer as easy as if we were using a Mac if we somehow stumbled upon a working NeXT machine today.

In 1994 i was having a MS-DOS introductory course in the old Portuguese Youth Institute. God, what would I have done if I could instead play with a machine like this.. Looking back it seems as if I was in the Medieval times while Steve came from the shinny 21st Century.

And in case you didn’t knew, Apple has released a new iteration of its flagship Operating System, Mac OS X 10.8, aka Mountain Lion. Go read The Review to understand what it is all about.

Also, avoid updating until 10.8.3, somewhere around Christmas time. Let some one else do the beta-testing and bug fixing for you. (( Unless you really want to play as i do. But remember then that you will find some bumps on the road and your work can suffer from those. ))

“The 10.8 review maintains Siracusa’s standard at approximately 26,000 words, an impressive feat given that the interval between 10.7 and 10.8 was much shorter than most previous OS X update intervals.

This is not a quick read, so it’s a good opportunity to try a read-later method such as Safari’s Reading List, which Apple invented completely on their own.”

This review of a review, done slightly in humoristic terms is lovely. But you would miss the larger joke, bold in the quoted paragraphs, if you didn’t knew that Marco Arment is creator and main developer of Instapaper, the original “source” for Apple’s reading list feature.

“It’s a historical mind-trip to read a book like Microsoft in the Mirror and discover that most Microsofties then were hesitant to admit they worked at Microsoft, out of the resulting discomfort of everyone expecting them to be rich. Oh, to have such an awkward problem like that.”

“Earlier Wednesday, Reuters reported that the European Commission had launched an inquest into accusations that Microsoft stymies other browser makers’ efforts to build software that runs in Windows 8 and the offshoot designed for ARM-powered tablets, Windows RT.”

Microsoft wanted so much to protect their Windows brand that they’ve brought along their past with all the weight, cruft and brand burning. Curious if this process would go ahead on the Windows RT side, if it was simply called “Metro OS” or some other name. 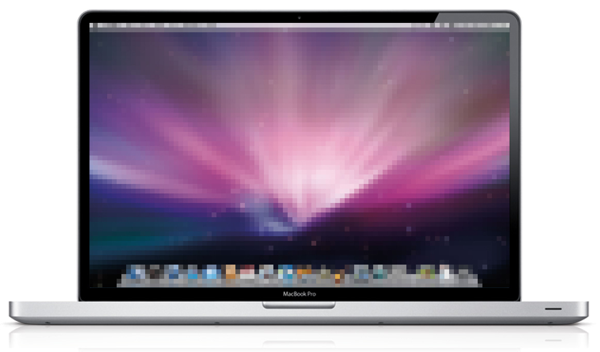 “As usual, Apple’s critics have been quick to react. ‘This is an outrage,’ says a Dell spokesperson. ‘This is Apple’s first move into the inferior product market space, and they’re praised as an innovator. Dell has been making inferior products for years and gets no credit.’”

“Steam’d penguins? Is it a recipe for an exotic South Pole dish? Perhaps it’s one of those bizarre YouTube videos of penguins in a sauna cavorting with the Swedish Bikini team?

The truth is that this is the first post of the Valve Linux blog. This blog is where you can find the latest information from Valve about our Linux development efforts. Avoid the rumors and speculations that multiply on the Web. Instead, come to the source – a blog where people who are interested in Linux and open source game development can get the latest information on Valve’s efforts in this arena. In this initial post, we’ll introduce the team (and a bit of its history) and then give you a snapshot of what we’re currently doing.”

And so, it begins.

While Microsoft is out playing “catch the running Apple in every direction”, every “place” where it had exclusivity or a strong presence erodes. Finally, Linux users won’t have to reboot in to Windows or use Wine to do games. It’s just a couple of games now, but the flood doors have opened. Finally!