There’s something wrong with the manufacturing factories at Samsung. I mean they seriously need to check closely with their Quality Assurance inspectors.

I mean, didn’t they noticed that the trackpad wasn’t centered regarding the opening indentation? 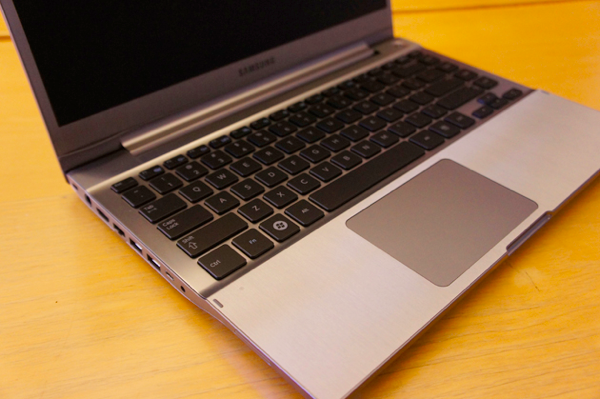 And that they forgot to put the glowing apple logo on the top lid of this “macbook”? 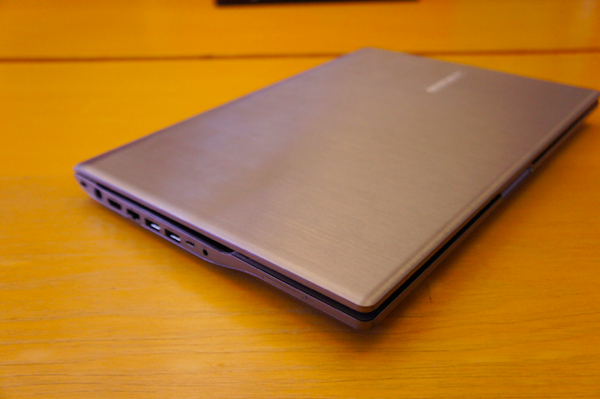 And that the Magsafe port is rectangular instead of round? 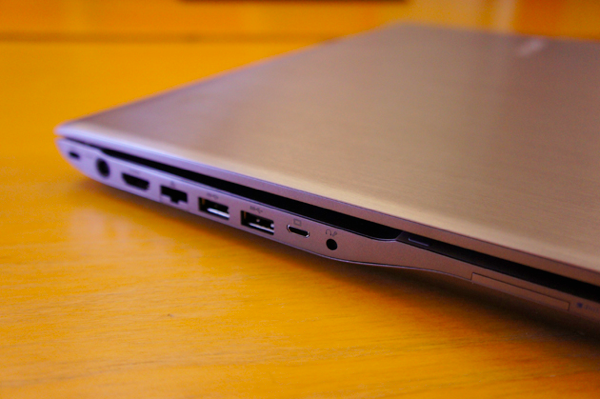 These small details could just make someone think that they were looking on a homage PC instead of a full quality Apple Macbook manufactured by Apple’s biggest supplier, Samsung of course.

I guess the clean large trackpad was obvious that it was coming to every computer, as it just makes more sense and is insanely superior compared with the previous ones. In fact i long for one every time i have to use a standard notebook. But that they even reproduced the indentation for opening the lid exactly as Apple’s Macbooks was shameless and unnecessary.

In the end i’m just curious how much did Samsung spend to have their “designers” and engineers trying to copy the outside of Apples products, resulting of course in this half-breed that strikes to look beautiful as it’s competitors but in the end just fails because of all of its incongruences and corner-cutting, instead of doing it’s own design from the ground up and ending up with a product of their own that would probably look better and would be inherently more original. And i guess it would probably have some other industrial strengths in either cost, internal space, or physical resistance.

They just could not seem to see that they were in the information business. This”—he lifted up the plate with the little girl’s face on it—“is a copy. It’s just not a copy of an office document.” But he got nowhere. “Xerox had been infested by a bunch of spreadsheet experts who thought you could decide every product based on metrics. Unfortunately, creativity wasn’t on a metric.”

Really Interesting. And a nice reflection about innovation, resource management and creativity in business.

“We’ve been made aware of a security issue caused by the Netherlands-based CA DigiNotar, who mistakenly issued a valid SSL wildcard certificate for google.com. The existence of this certificate, coupled with the implied lack of proper verification at DigiNotar, means that we consider it inappropriate that our systems continue to trust DigiNotar to issue SSL certificates.”

Apparently there is a rogue Google security Certificate being used somewhere out there on the Internet.

This is a major flaw, as this is the way your computer knows when “he” is actually talking to Google.com or Gmail or any other site belonging to Google, probably including Google Checkout as well.

Recommendation is that you should disable any security certificate from DigiNotar and the post tells you how to do it.

The only apparent downside is that you may find some sort of “this website security certificate can’t be trusted” on other sites than Google. But if Google certificate got hijacked how safe do you think that website you’re apparently visiting is?

“Earlier this month I sold my 11.6-inch MacBook Air (using Samsung Series 5 Chromebook now) and iPhone 4 (switched back to Google Nexus S). I don’t miss either Apple product. Not the least bit. In reflecting, I realize that the spell is broken. Without Apple Chairman Steve Jobs driving innovation or inspiring passion — the oft-called “reality distortion field” — my Apple enthusiasm is gone. Perhaps it’s return to sanity.

I should have connected the dots sooner, but often people don’t easily apply even basic math to emotional matters, because the nuances move swiftly on the surface with many slower currents and fast-churning eddies below. The ocean is an excellent analogy. Yesterday, in viewing Nate Mook’s slideshow of 20 products introduced by Jobs, and resurfacing emotions about the different launches, I had an epiphany. I could see how much Jobs’ passion infected mine — his ability to inspire about what Apple products offered.

I used to joke about the Steve Jobs spell: During one of the product launch speeches, if he was having an off day, people left feeling like: If I buy this thing my life will be better for it. If Jobs was in the zone giving the preso, people left feeling if they didn’t buy the new thing their lives would be worse.”

It’s called a Personality. With a pinch of will power. You definitely should try it some day….

I guess finally Chrome did what everyone was scared off in the beginning and finally split up the friendly relationship between Google and Mozilla Firefox. At least that is what i understand from this image. 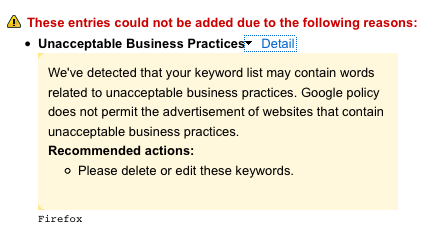 I was trying to setup an Adwords campaign for this site, using a free coupon i got. When inserting the keywords i wanted the add to appear next to, apparently Firefox is an “Unacceptable Business Practices”.

Is there any other meaning for the word Firefox that i am unaware of?

Apples stocks stay steadfast on their value and even go up slightly. Microsoft however drops another buck on the day. I think that says it all. Heck of a job Ballmer.

This is a parody of this video and while this one is funny in its nonsense type, the real one is just… scary…

Really America? 50 states, 300 million people and this sampling is what you get? I know, “Misses” aren’t exactly MIT material, unfortunately it’s like this everywhere, but that all of them side with the moronic side of this discussion is terrifying.

By the way, if nothing else would turn me an atheist, this kind of divine joke would. Such nice wrappings (not only in the original video but everywhere) and nothing inside. It’s a sadistic law of nature. Oh, i hate you “Lord”!

On a side note, Miss Massachusetts is hot…

Just found out that you can use your keychain passwords with Firefox through this Firefox extension.

It is a bit nagging in the beginning regarding keychain access authorizations but it will probably slow down in the future, after you’ve authorized access to most of the common sites/passwords.

Also, i would recommend some caution with importing Firefox passwords in to keychain, as it is asked the first time you start Firefox after extension is installed. If Firefox is your standard browser and has been for the last months, go for it. If not, i’m not sure if you won’t replace valid passwords for older ones. I personally haven’t tried to to do it so can’ help you there.

On the upside though, when the password/site is not present in keychain, it looks in the Firefox password database “beneath” keychain, so no problem there.

As a side note, been trying out Firefox 7 beta. Just for a couple of hours but it does seem that Firefox may become a competitor again. i’m just going to keep a watchfull eye on that memory consumption after a couple of days without shutting it down.

“I have always said if there ever came a day when I could no longer meet my duties and expectations as Apple’s CEO, I would be the first to let you know. Unfortunately, that day has come.

I hereby resign as CEO of Apple. I would like to serve, if the Board sees fit, as Chairman of the Board, director and Apple employee.

As far as my successor goes, I strongly recommend that we execute our succession plan and name Tim Cook as CEO of Apple.”